Choose Martí store in Yucatán from the list. All Martí locations are displayed on the map. 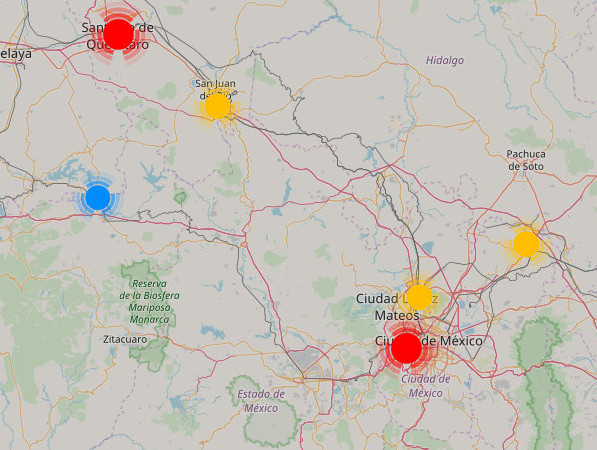